Behind The Screens Of Valencia CF: A Unique Audiovisual System

Going to a stadium to watch a live football match is always a memorable experience. Attending with friends, family or other like-minded individuals is a long-standing tradition that contributes enormously to the sport’s global appeal. But with the right tools, clubs can add to the entertainment value that they offer and give fans one more reason to attend.

For fans of Valencia CF visiting the Mestalla stadium, this is being provided through a new audiovisual initiative using the stadium’s giant screens. Displaying exclusive in-stadium content both before and during the game, the overall spectacle has been taken to a new level.

Created with the aim of offering the fan a more complete experience, the club brought together different departments (marketing, commercial and communication) with the VCF media team, its in-house audiovisual production department. Together these teams developed a production plan that communicates the various initiatives of the club or its sponsors via creative content, broadcasting them via the screens to 55,000 spectators.

The five high-definition LED video screens of the Mestalla to allow this content to be widely distributed. “The screens can be seen from almost any location in the stadium which means a big audience for our content and also, additional exposure for sponsors who may be collaborating with us,” said Javier Latorre, head of the Valencia CF audiovisual department.

Specially created content includes the club’s internal initiatives as well as advertising, warm-up images, historic match footage and the starting elevens, which are divided across the different screens. But in addition, there is space for special promotions from the club’s sponsors that increase fan engagement at the same time. Recent activations include FlyCam from club sponsor Vueling, where fans appearing on screen are encouraged to imitate a flight attendant, with holiday prizes on offer.

Another initiative, KissCam, was inspired by competitions such as the NBA. In-stadium cameras focus on a couple in the stands and broadcast their image on the screens, encouraging a public display of affection. This idea has since led to the introduction of DanceCam or BomboCam, which features a Valencian Bombo drum superimposed onto the screen. The harder the fan mimics a drumming action, the louder the noise they create.

As well as entertaining crowds before the match begins, the club also broadcasts this content during half-time, keeping the fanbase engaged for an additional 15 minutes. This is offered alongside challenges on the pitch, including long-distance throws, penalty taking or other skill tests.

Read Also:  A Shopping Revolution: COVID-19 is a Catalyst For E-commerce In Africa

“This is a more dynamic type of content than other clubs are showing,” commented Latorre. “The screens provide a unique source of entertainment from when the stadium doors open until everyone has gone home. Overall we are creating a show that enhances and elevates the experience of everyone inside the stadium.”

This experience extends into the match itself to add an additional dimension to the on-the-field action. For example, during the game, the club provides real-time match statistics, replays or animations to further inform its fans.

When the match ends, the screens continue to have a role. As fans leave the stadium, messages appear wishing fans a safe return home and thanking them for their attendance. Sent in collaboration with global partner Sailun Tyre, the club is capturing another commercial opportunity here. 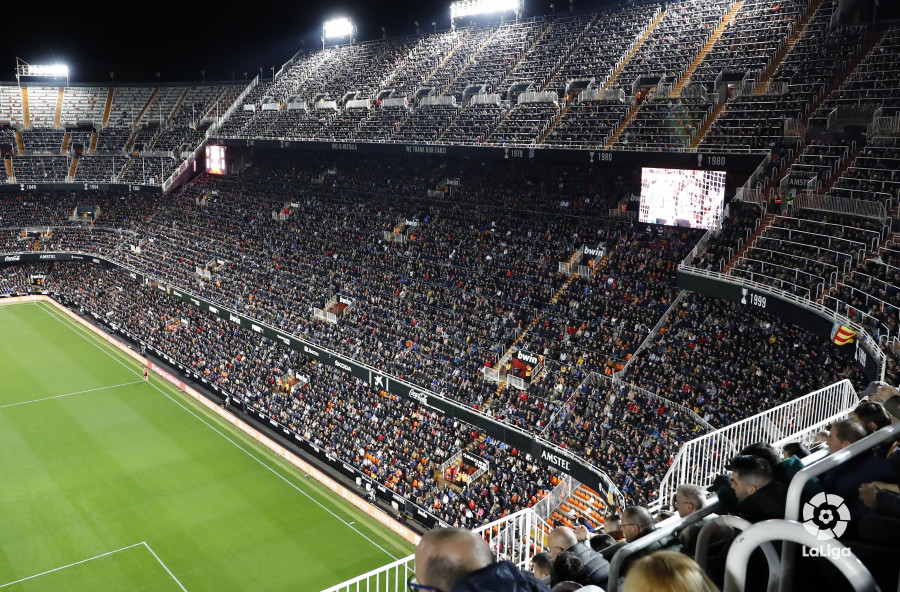 At 96 years old, Mestalla is the oldest stadium in LaLiga Santander, but this has not stopped Valencia CF from utilising the space to create these modern audiovisual experiences.

“The main achievement of the screens is to enhance the fan experience but we also want it to be a leader in innovation,” commented Keishi Matsuyama, head of digital transformation at the club. “The experience of going to Mestalla is much more than coming to watch a football game. As well as adding an extra entertainment factor, the screens act as strategic support for the club. They are a new way of communicating with the fans, in a non-invasive way.”

The club will continue experimenting with new ways to make the most of its screens, according to Matsuyama who noted: “We are thinking of new implementations, including those that 5G will allow us in the future.”

“We could also start activations that are based on the noise coming from the stands, like a cheering competition between stands. We may also integrate more real-time data to create quizzes or surveys,” Latorre continued.

Whatever form the new ideas take, Valencia CF’s innovation will ensure that Mestalla remains one of the most spectacular and entertaining stadiums in the competition.

Heineken®, proud sponsors of the UEFA Champions League for over two decades, delighting football fans to exclusive viewing experiences from the round of 16...
Read more

Sunday’s LaLiga Santander Clasico at the Santiago Bernabeu is the highlight of a weekend schedule which also features key clashes in the battles to...
Read more
- Advertisement -