President Muhammad Buhari has approved the sum of N10 billion to the government of Lagos State for the combating of Coronavirus.

The Babajide Sanwo-Olu-led government made the request two days ago. 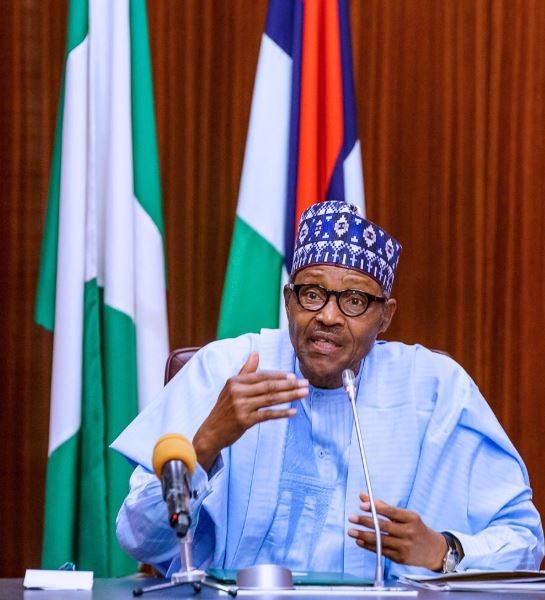 The President also approved and ensured the prompt release of N5 billion special intervention requested by the Nigeria Centre for Disease Control (NCDC) to equip and expand their facilities and laboratories.

This was contained in a statement made available to DAILY POST on Thursday night signed by Garba Shehu, the President’s Spokesman.

This is following the developing news around the world and in Nigeria on the Coronavirus pandemic.

“I advise all Nigerians to follow to the letter the health guidelines issued by the Federal Ministry of Health and our State Governments,” Buhari said.

“Wash your hands thoroughly many times throughout the day. Observe ‘social distancing’ of a minimum of two metres.

“Do not make unnecessary journeys outside of your homes. Do not attend public meetings or public gatherings – including religious events – which is where, through social contact, the virus can easily be transmitted.

“The Federal Ministry of Health will continue to issue daily updates on all developments. Please refer to public announcements by the Ministry on radio, television, www.health.gov.ng and Twitter at @Fmohnigeria.’’

“With regard to the request by the government of Lagos State for financial support to combat and contain the spread of the COVID-19 virus in Lagos and Nigeria, the President has already approved the sum of N10 billion which release was effected within two days of the request,” the statement added.

“The President has also approved and ensured the prompt release of N5 billion special intervention requested by the Nigeria Centre for Disease Control (NCDC) to equip and expand their facilities and laboratories.

“In the same vein, the President has given approval to NCDC’s request for an aircraft from the Presidential Air Fleet for emergency situations. He has furthermore authorized the evacuation of three critical members of the NCDC team who are stuck in Brazzaville, Republic of Congo where they went for a training organized by the World Health Organisation (WHO).

“These measures are in addition to the ones approved and announced by the Presidential Task Force, PTF including the closure of land borders to human traffic for four weeks; the conversion of all Hajj transit camps to be utilized as COVID-19 isolation centres; the directive that all non-essential government employees to work from home and for a daily briefing of the nation through the PTF.

“Other approved measures already put into place include the ban of flights from and into the country, suspension of the Federal Executive Council and National Council of State meetings and a directive for engagements, at the highest levels between the Federal Government and the state governments.

“President Buhari has also directed for the escalation of the nation’s capacity for testing and detection with the acquisition of testing kits and establishment of additional test centres; acquisition of Personnel Protection Equipment and the mobilization of experts and trained staff serving and recall of some of those retired.

“The closure of schools and tertiary institutions and the suspension of religious and other gatherings above the fifty prescribed number are also parts of the measures approved and are in place.

“The President is keeping a close eye on international developments on the spread of COVID-19 and will intensify or introduce new measures if they become necessary to protect Nigerians.”

Mercedes-Benz is presenting the new generation of Mercedes me Apps and its own, standardised developer platform. This sees the...
Read more
Brand News