London – 06 Oct 2020: Fitch Ratings has affirmed First City Monument Bank (FCMB) Ltd’s ratings, including the bank’s Long-Term Issuer Default Rating (IDR) at ‘B-‘, and removed them from Rating Watch Negative (RWN). The Outlook is Stable. A full list of rating actions is below.

The removal of the RWN on FCMB’s Long-Term IDRs, Viability Rating (VR) and National Ratings reflects Fitch’s view of receding near-term risks to the bank’s credit fundamentals from the economic fallout arising from the oil price slump and coronavirus pandemic.

In our opinion, the impact of the economic downturn on FCMB’s credit profile is tolerable at the current rating level and it will take several quarters before the full extent of the crisis on corporates and households is seen in its financial metrics. 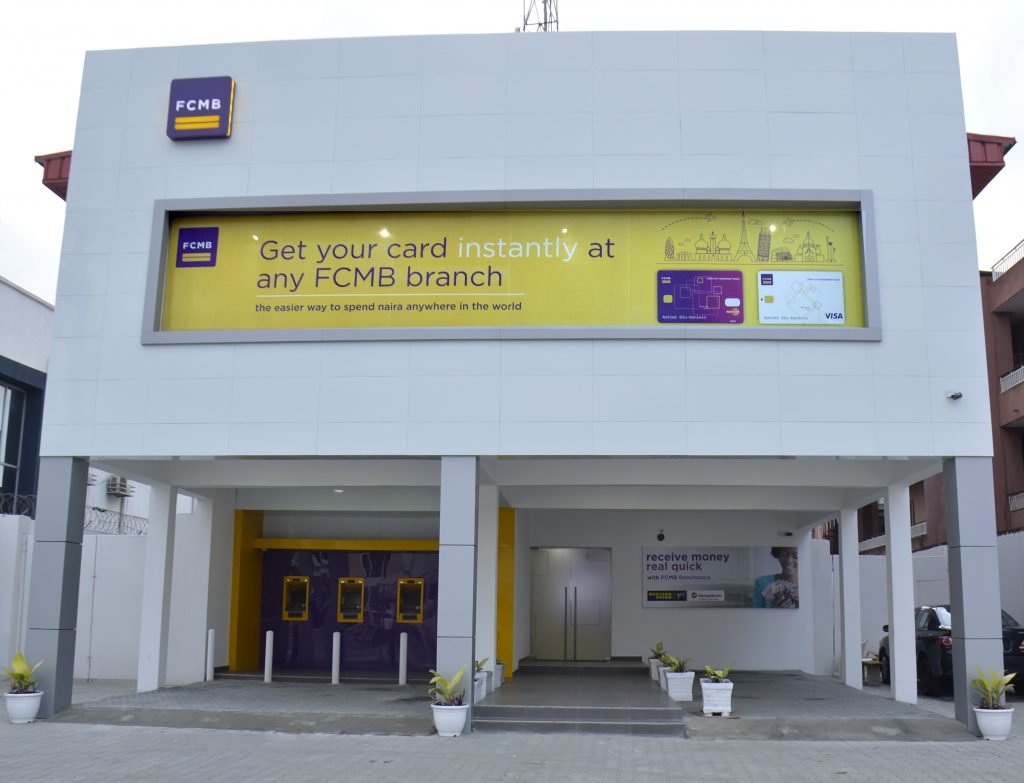 Since the previous rating action in March, regulatory forbearance on asset classification and banks’ own debt-relief measures have significantly eased the sector’s asset-quality pressures. Debt-relief measures are, nevertheless, temporary and with the eventual easing of fiscal and monetary support from the Central Bank of Nigeria (CBN), we see a material risk that bank asset quality could deteriorate faster unless economic recovery gathers pace.

The Stable Outlook on FCMB’s Long-Term IDR reflects our view that the bank’s rating has sufficient headroom at this level to absorb moderate shocks from sustained downside risks to the operating environment, the heightened level of risk in doing banking business and resulting risks to its financial performance over the next 12-18 months.

The IDRs of FCMB are driven by its intrinsic creditworthiness, as defined by its ‘b-‘ VR. The VR considers FCMB’s exposure to Nigeria’s volatile operating environment, but also the bank’s moderate profitability compared with peers’ and limited capital buffers above minimum regulatory requirements. The credit quality of FCMB’s loan book (40% of assets at end-1H20) has remained reasonable so far. Our assessment also considers the bank’s sizeable investments, mainly in Nigerian government securities, and cash placements. The Nigerian sovereign rating is ‘B’ and Outlook is Stable.

FCMB’s franchise is small as evidenced by a 4% market share. This means that it has limited pricing power compared with the larger banks and focuses on more niche higher-risk segments of the market such as mid-sized corporates, retail and SME lending.

Headline asset-quality metrics compare well with peers’. The bank’s impaired loans (Stage 3 IFRS 9) ratio improved to 3.3% at end-1H20 (end-2019: 3.6%, end-2018: 5.9%), due primarily to restructuring and write-offs. FCMB has a large stock of stage 2 loans (19% of the loan book) and high borrower concentration with the 20-largest loans accounting for half of the gross loans, which exposes the bank to event risk. The debt-relief book was 20% of total loans at end-1H20, slightly above the sector average.

In addition, Fitch believes that FCMB’s strong reserve coverage of 167% at end-1H20 provides strong buffers against asset-quality erosion over the next 12-18 months, due to the economic fallout caused by the coronavirus crisis. Oil and gas sector exposure measured at a high 31% of the loan book and 143% of Fitch Core Capital (FCC) at end-1H20, mainly derived from the upstream sector, which we consider to be more vulnerable to a lower oil price environment.

We believe that asset-quality risks remain to the downside, particularly when considering operating environment risks and the bank’s highly dollarized balance sheet, which creates foreign-currency (FC) risk due to currency shortages.

FCMB’s profitability metrics typically lag behind those of other small Nigerian banks, as evidenced by an annualised operating profit/ risk-weighted assets (RWA) ratio of 1.4% in 1H20, compared with a sector average of around 4%. This is due to higher loan impairment charges (LICs), which consumed 51% of pre-impairment profits in 1H20. We expect FCMB to remain profitable in 2020, although we expect earning and profitability metrics to be somewhat under pressure in the next 12-18 months, owing to lower yields on government securities and higher LICs.

The bank’s FCC ratio (15% at end-1H20) is in line with that of similarly sized peers, but should be considered in the context of high concentration risks, including exposure to the oil and gas sector, and high balance-sheet dollarisation, which exposes FCMB’s capital to RWA inflation should the naira further depreciate. At end-1H20, FCMB’s capital adequacy ratio of 15.9% at end-1H20 was only providing limited headroom above the regulatory minimum requirements of 15%.

FCMB is more reliant on wholesale funding than peers, with customer deposits forming 69% of total funding at end-1H20. The balance comes from market funding, including borrowing from development financial institutions, on-lending facilities and a local-currency bond programme, leading to a higher cost of funding than most peers.

Positively, customer-deposits growth has been rapid in recent years, which served to bring the bank’s loans/customers deposits down to 74% at end-1H20 (end-2018: 80%).

Local-currency liquidity is ample, with excess liquidity placed in government securities. FCMB’s funding in the foreign currency remains largely short-term on a contractual basis, exposing it to maturity mismatches, with customer deposits representing the bulk of the bank’s short-term commitments. That said, behavioural data suggest that foreign currency funding is more stable.

Sovereign support to banks cannot be relied on given Nigeria’s weak ability to provide support, particularly in foreign currency. The Support Rating Floor (SRF) of all Nigerian banks is ‘No Floor’ and all Support Ratings (SR) are ‘5’. This reflects our view that senior creditors cannot rely on receiving full and timely extraordinary support from the Nigerian sovereign if any of the banks become non-viable.

FCMB’s National Ratings reflect the bank’s creditworthiness relative to that of other issuers in Nigeria and are driven by the bank’s standalone strength. FCMB is rated below the larger banking peers due to its smaller franchise and limited capital buffers. FCMB’s National Short-Term Rating is the lower of the two possible options for a ‘BBB(nga)’ National Long-Term Rating under Fitch’s criteria, reflecting potential risks to funding and liquidity from market instability.

Factors that could, individually or collectively, lead to positive rating action/upgrade:

Factors that could, individually or collectively, lead to negative rating action/downgrade: