Ghana Rugby (GhanaRugby.org) has indicated that they will leave no stone unturned in their quest to qualify for the 2020 Japan Olympics after Rugby Africa announced that the Ghana Rugby National Women’s Sevens Team has been included in the continental competition for 2019.

In an announcement by Rugby Africa, they said, “The Ghanaians picked up the 12th place upon a decision by the Rugby Africa’s Competitions Committee.” 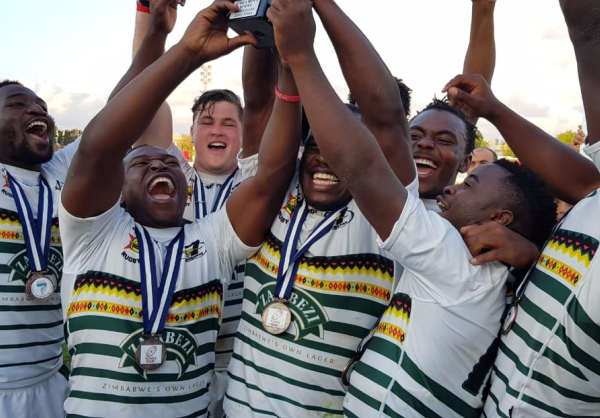 The Ghana Rugby National Men’s Sevens Team has already been included in the Olympic qualifier tournament that will be played in South Africa at the Bosman Stadium in Johannesburg, South Africa between 8 and 9 November 2019.

The women’s tournament will take place in Tunisia between 12 and 13 October at the Jemmel Municipal Stadium and will include twelve competitors including Kenya, Uganda, Zimbabwe, Madagascar, Senegal, Botswana, Zambia, Morocco, Mauritius, South Africa, Ghana and Tunisia.

In a video message Mr Herbert Mensah, President and Board Chairman of Ghana Rugby thanked all stakeholders who stood by him and his Administration who have worked tirelessly to develop “Women in Ghana Rugby” since he took over the reins in June 2014.

Read:  Palm Oil Production in the Country gets a Boost

“I would like to thank all of those who have stood by us through thick-and-thin and helped us to reach this point where Ghana Rugby has the opportunity to qualify two teams for the 2020 Olympic in Japan. Our appreciation goes to our governing bodies Rugby Africa, World Rugby and The Ghana Olympic Committee. It also goes to our sponsors including the Panafrican Equipment Group, Societe Generale Ghana, Interplast, Conserveria (Gino brands), Sunda International and all the others,” Mensah said.

Mensah also said that that the greatest applause must obviously go to all the players, both local and in the Diaspora, as well as the technical bench and the administrators who never stop training, coaching and supporting.

“We have an extraordinary team in Coach Lovemore “Dallas” Kuzorera who is ably supported by our technical advisors from the UK, skills coach Collin Osborne and conditioning coach Stuart Aimer,” Mensah added.

The Ghana National Men’s Sevens Team, the Ghana Eagles, first entered the Rugby Africa Sevens arena in 2017 when it was ranked in the sevens lineup for the first time in Kampala, Uganda.

In its second participation in Tunisia in 2018, it managed to reach the Bronze Cup finals where the Ghana Eagles were beaten by Namibia.

World Rugby recently launched a global campaign in support of Woman in Rugby that has shown incredible growth in recent times.

“What makes Rugby such a great sport is that everybody and anybody – men, women, boys and girls – can participate and benefit from not only the physical benefits of a healthy and fit lifestyle but can also reap the life-long benefits associated with the invaluable values of integrity, passion, solidarity, discipline and respect,” Mensah said.

Mensah also said that the rapid rise of Ghana Rugby has also brought rapidly rising challenges with it.

“The higher you aim and the higher you rise the tougher it gets to find the right resources in terms of players, technical staff, administrators, equipment and facilities. All of these require a common denominator – money!” he said.

Mensah expressed the wish that current supporters and sponsors will look at Ghana Rugby’s participation in the Olympics qualifiers as an opportunity to benefit themselves and that everybody will come to the party with renewed energy to join the quest to fly their own and Ghana’s flag high.

COVID–19, Coscharis Shuts Down Uyo Operations In Line With The State Government Directive

Following the official directive of the Akwa – Ibom State government to shut down all public and private institutions...
Read more
News

In an effort to help address the challenge of the ongoing spread of misinformation related to the coronavirus pandemic, Google is providing $6.5 million...
Read more
Brand News

Anniversary Of The Brand Name: 120 Years Of Mercedes – The Girl And The Brand

120 years ago, the name of an eleven-year-old girl became the epitome of cars and the first luxury car brand in the world. On...
Read more
Brand News

British Airways is joining the response against COVID-19 with a company-wide task force who will bring their skills and expertise to communities across the...
Read more
- Advertisement -

COVID–19, Coscharis Shuts Down Uyo Operations In Line With The State Government Directive

Following the official directive of the Akwa – Ibom State government to shut down all public and private institutions in the state starting from...
Read more

In an effort to help address the challenge of the ongoing spread of misinformation related to the coronavirus pandemic, Google is providing $6.5 million...
Read more

Anniversary Of The Brand Name: 120 Years Of Mercedes – The Girl And The Brand

120 years ago, the name of an eleven-year-old girl became the epitome of cars and the first luxury car brand in the world. On...
Read more