BEDC Electricity Plc (BEDC) has announced a donation of 6,000 bags of rice and 4,000 cartons of Indomie noodles to the State Governments of Delta, Edo, Ekiti and Ondo, for distribution to vulnerable groups and households in these coverage states.

The breakdown is 1,500 bags of rice each per state and 1,000 cartons of Indomie noodles to each of the state, respectively. 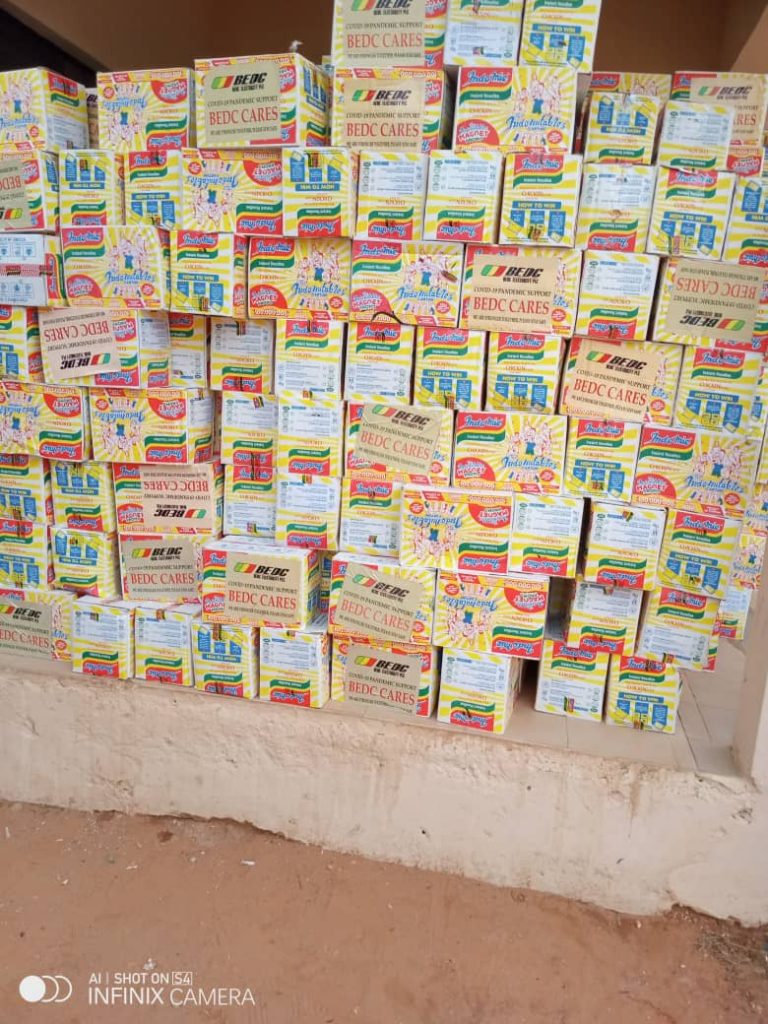 The donation according to the company, is a demonstration of its sensitivity to residents of its franchise states with a view to cushioning the effect of lockdown over the Coronavirus (COVID 19) pandemic.

Executive Director, Commercial, representing the MD/CEO, Mr Abu Ejoor made the announcement at a media briefing held at the BEDC Head Office in Benin on Friday. 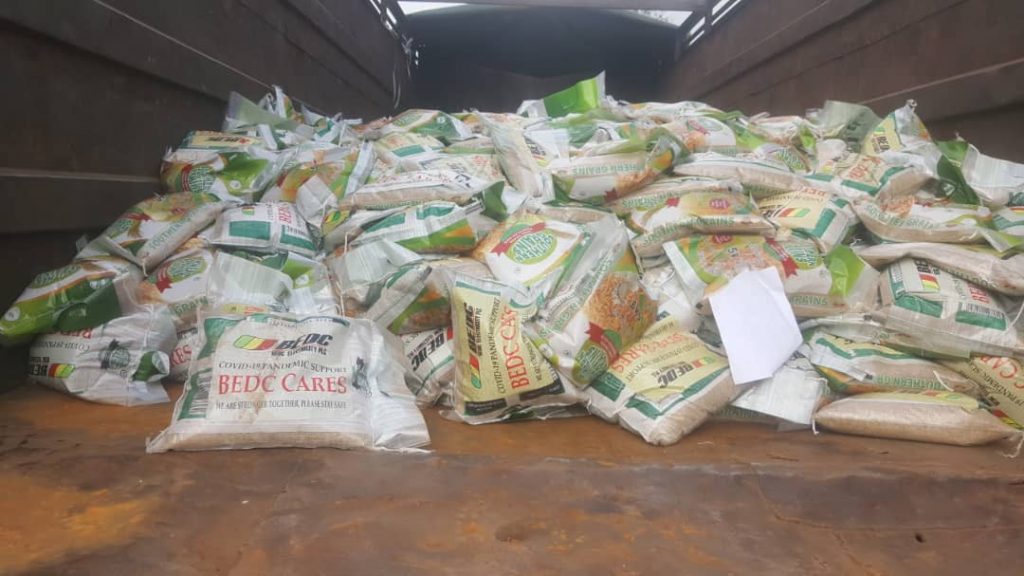 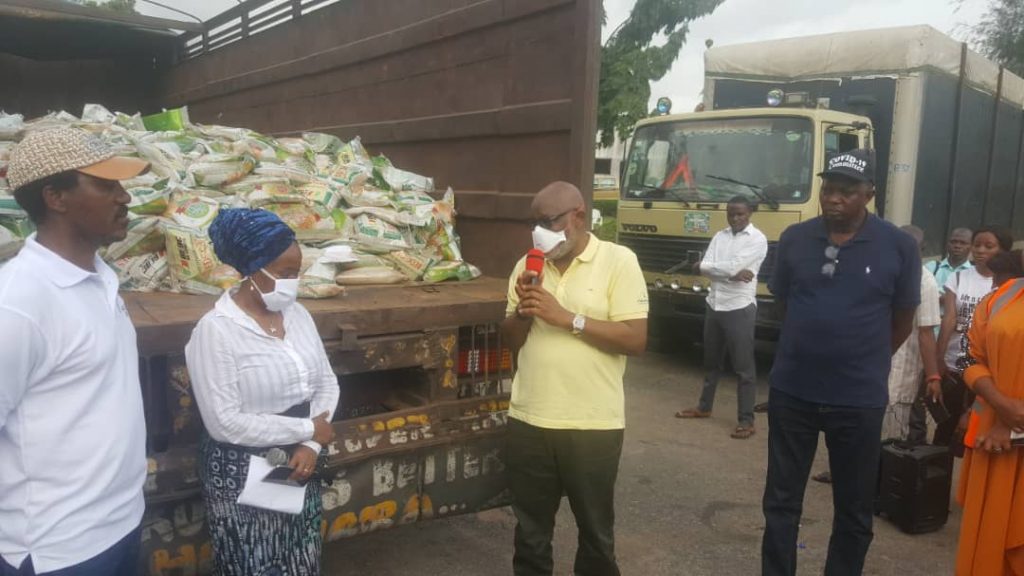 He said that in addition, BEDC will be ensuring that the various government established COVID 19 centres and related hospitals have a good power supply of up to 24hours.

This Ejoor disclosed, has already commenced in Irrua Specialist Hospital in Uromi, Edo state, where “we also intend to look at other supports we can give in ensuring that some of their vehicle/ ambulances are fully operational. Also for the centres under preparation in Oba Adejuyigbe Specialist Hospital, Ado-Ekiti in Ekiti State and Warri in Delta State, BEDC has already commenced working with the government to ensure adequate electricity.”

The Executive Director also added that BEDC would also be donating 50 units of motorized handwashing gears to hospitals, strategic markets and some of the communities in its coverage areas. 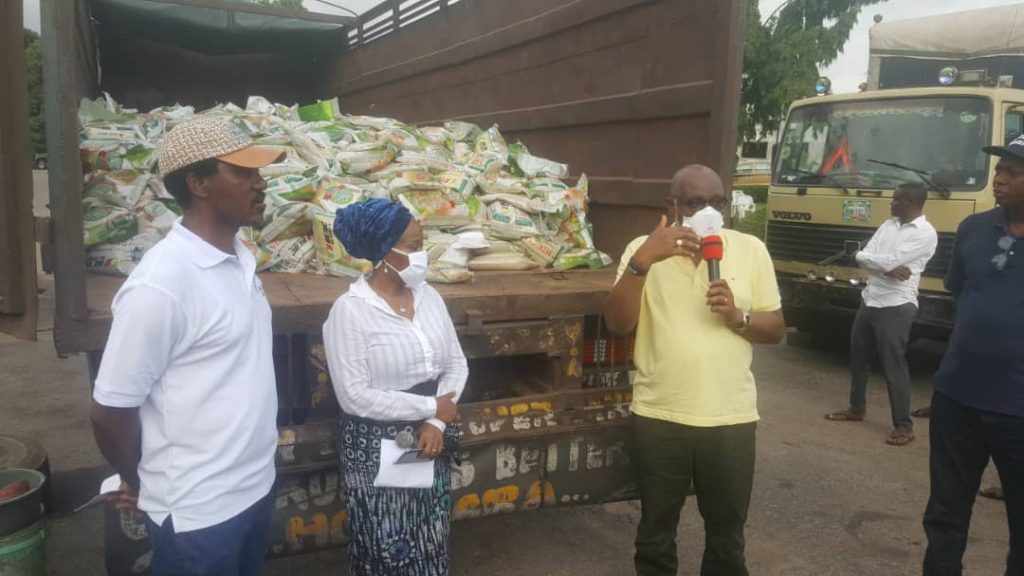 Mr Ejoor announced that BEDC had in this trying time, suspended the rotational load management schedule for electricity distribution in several locations to enable customers to enjoy more supply during the lockdown.

On the recent proposal by the House of Representatives to promote free electricity for two months, Ejoor said though BEDC aligns with the proposal, but pointed out that it was not yet signed into law hence electricity supplied to customers presently is not free. 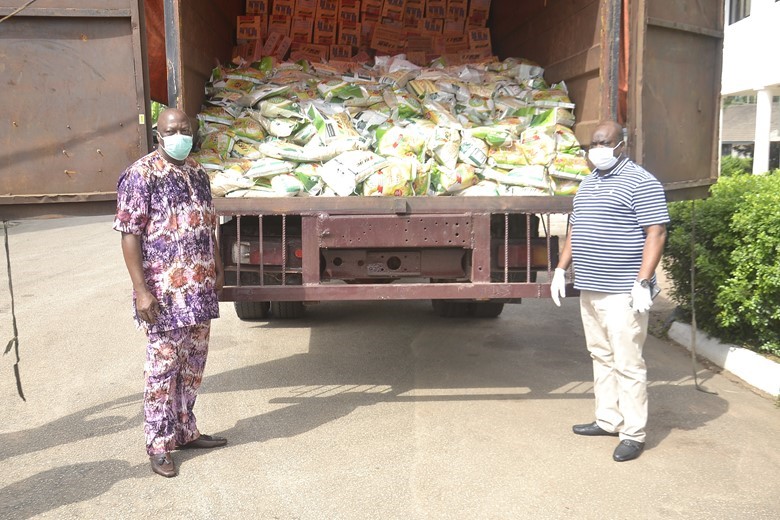 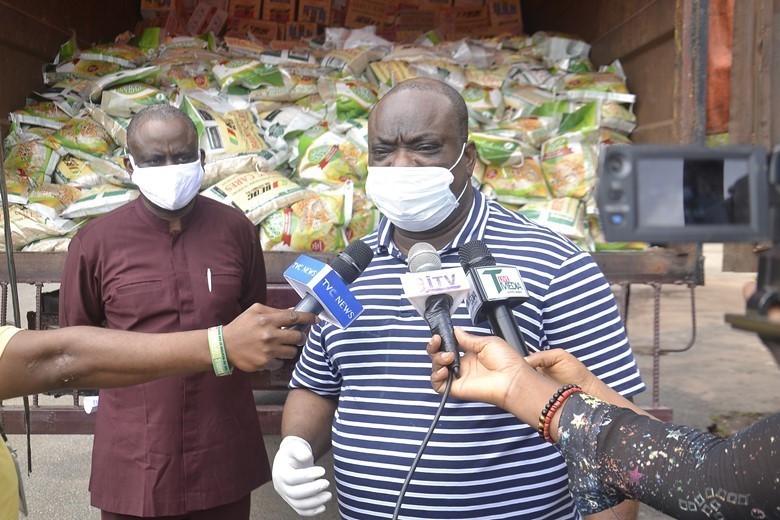 At the presentation of the food items to Secretary to Edo State Government (SSG), Mr Osarodion Ogie who received the 1,500 bags of rice and 1,000 cartons of indomie noodles donated to Edo state government thanked BEDC for the gesture.

“COVID 19 is the worst challenge we are dealing with at the moment. So many families lifestyle has changed because of the pandemic.

“They can no longer go out to work. The vulnerable families are more than the ones on salaries. So we need to help them with food items” he stated.

Making the donation of 1,500 bags of rice and 1,000 cartons of noodles also to Ondo state government, Chief State Head, Ondo/Ekiti, BEDC, Mrs Kunbi Labiyi while handing over the food items on behalf of the company said, the relief items were part of the company’s philanthropic gesture in catering for the vulnerable groups in the state.

Ondo State Governor, Oluwarotimi Akeredolu, thanked BEDC for the donation and also for identifying with the state at this particular time. He said the items received would form part of what the palliative committee inaugurated by the state government will distribute across the state. 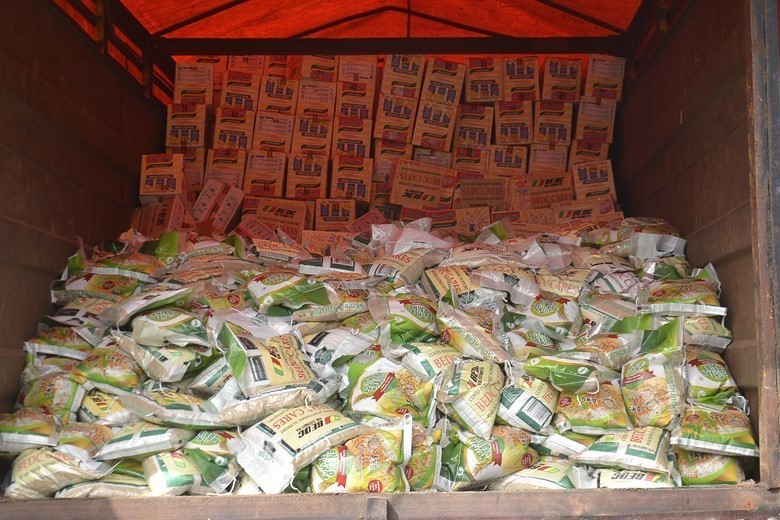 Presenting the food items to Delta State government in Asaba, Chief State Head, BEDC, Engineer Fidelis Obishai explained that the donations were in a way, the fulfilment of the company’s corporate social responsibility to the franchise states especially during the COVID 19 lockdown to cushion the effect of the pandemic in their coverage areas.

Responding, Secretary to the State Government, Mr Chiedu Ebie commended BEDC for the 1,500 bags of rice and 1,000 cartons of Indomie noodles and called on other Non-Governmental Organizations (NGOs) and well-meaning Nigerians to emulate BEDC. Ebie said Delta government decided to open a food bank to reach out to the vulnerable groups in the society. 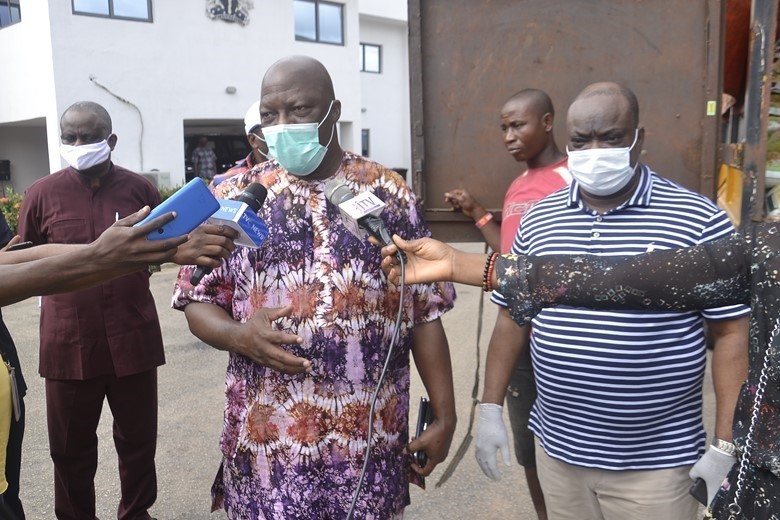 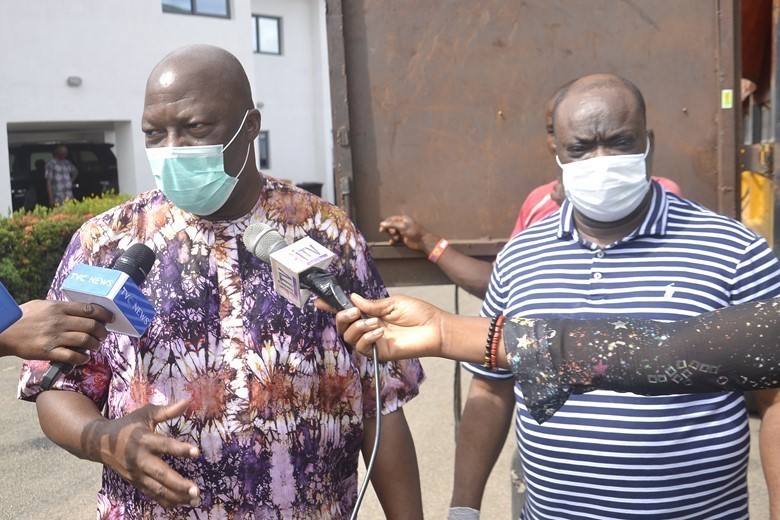 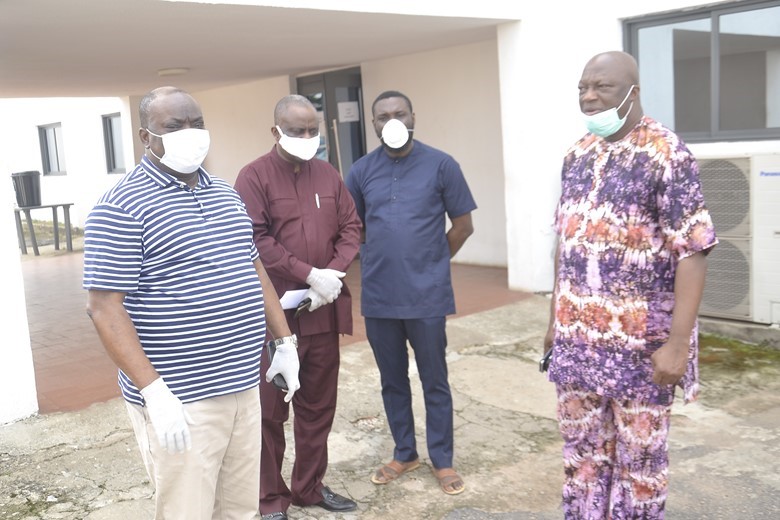 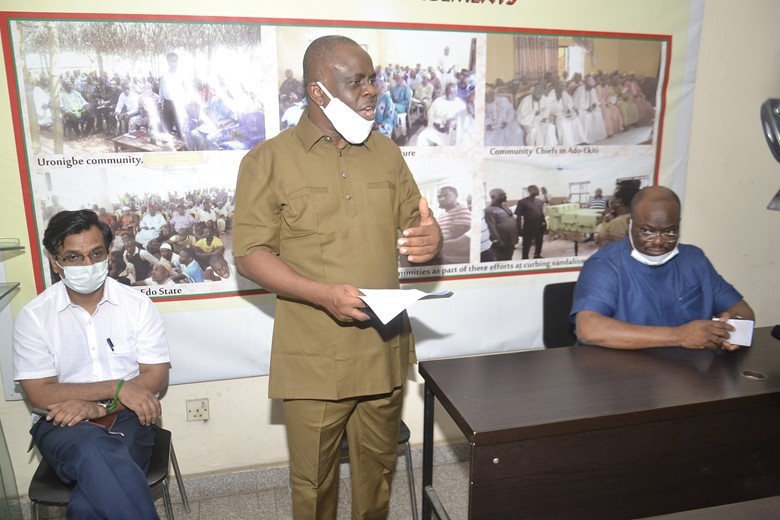 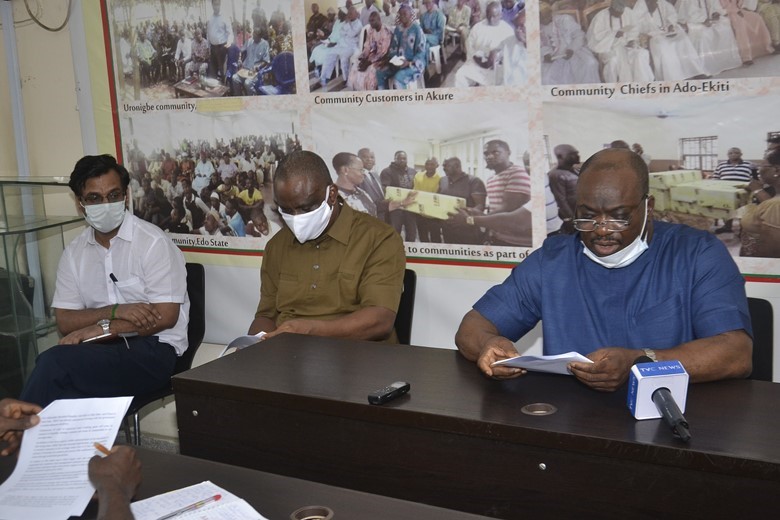 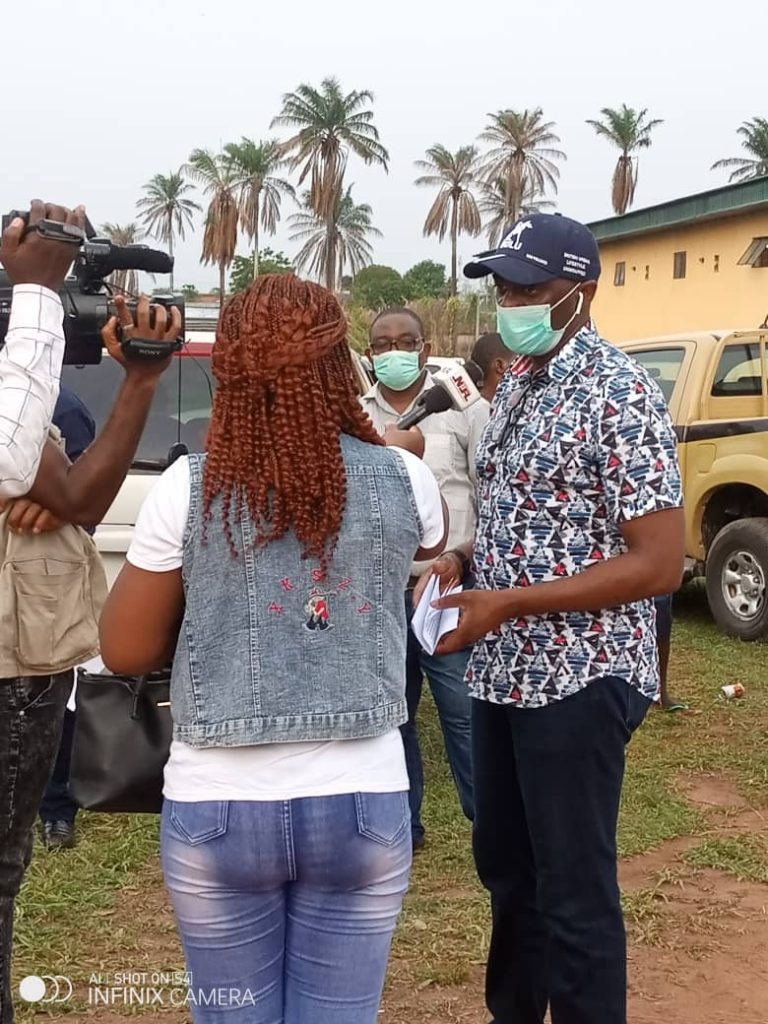 How is COVID-19 impacting the footwear industry in different countries?

With the world fast approaching 100 million cases of infected people and with vaccination now in place in several countries, we did a round...
Read more
Retail - Brick & Click

Jumia has commenced its first sales festival of the year, the Jumia Global Festival, which runs from January 25th to 31st, 2021 with exciting...
Read more
Brand News

BMW Group continues electrification offensive with the market launch of four more models. From March 2021, customers will already have a choice of four...
Read more
- Advertisement -

Almost a third of people globally have gained weight during the pandemic, despite awareness of the link between obesity and COVID-19 outcomes. A new global...
Read more

Over nine months into Covid-19 outbreak in Nigeria, there are concerns about how well the country has managed the pandemic. Adejuwon Soyinka, from The...
Read more

Here’s what will make the difference between success and failure in a world forever changed by COVID-19. The coronavirus pandemic has changed and rechanneled the...
Read more
- Advertisement -